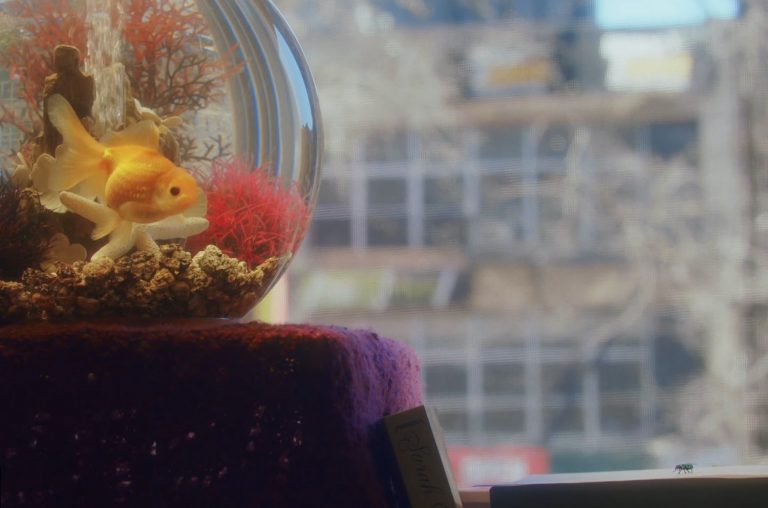 Goldfish, while endlessly entertained by television programming, laments his life, waxes philosophical, and plots his escape from a gilded cage. He might just get an opportunity at freedom when an unexpected encounter with a common housefly intrudes upon his daily ennui.

Director/actor Robert Sebastian Webb studied the Barrish method of acting, working with actors and teachers Christine M. Campbell, Edward Stanley and Sidse Ploug of New York City’s The Barrow Group (TBG); home to Anne Hathaway and Mike Birbiglia. He continued his studies in film and theater production under T. Schreiber’s associate and casting director Jeff Dreisbach. Expect to see Robert in several indie productions from up-and-coming filmmakers; including as Harrold in the TV Pilot “On-Air”, Eli in the feature film “The Swan Way”, and Professor Albus Gunt in the comedy short “James Joyce: A Parody.”

Playing as part of the Upstate Downstate shorts program.