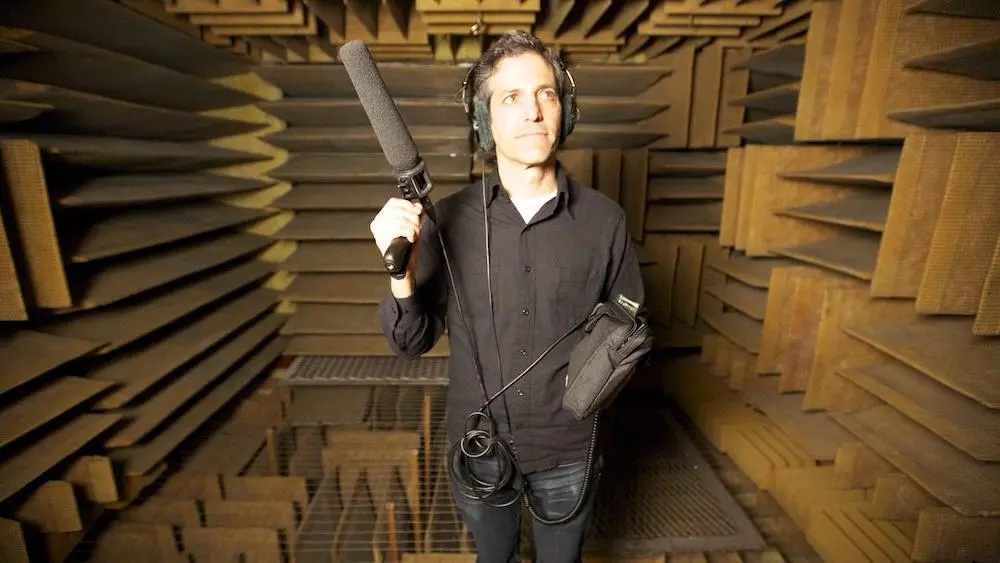 An immersive documentary and profound sensory experience from filmmaker Sam Green that explores the elemental phenomenon of sound. The film is a meditation on the power of sound to bend time, cross borders, and profoundly shape our perception of the world around us.

At the upstate NY premiere, the live audience is participant: there will be individual headphones for each audience member, filmed narration by Sam Green and original music by JD Samson. Be sure to catch this special piece if you couldn’t make it to Opening Night!

Sam Green (Director | Writer | Editor) is a New York-based documentary filmmaker. Green’s most recent live documentaries include A Thousand Thoughts (with the Kronos Quartet) (2018), The Measure of All Things (2014), The Love Song of R. Buckminster Fuller (with Yo La Tengo) (2012), and Utopia in Four Movements (2010). With all of these works, Green narrates the film in-person while musicians perform a live soundtrack. Green’s 2004 feature-length film, The Weather Underground, premiered at the Sundance Film Festival, was nominated for an Academy Award, was included in the Whitney Biennial, and has screened widely around the world. Learn more about Sam: https://samgreen.to/