How Deep is the Ocean 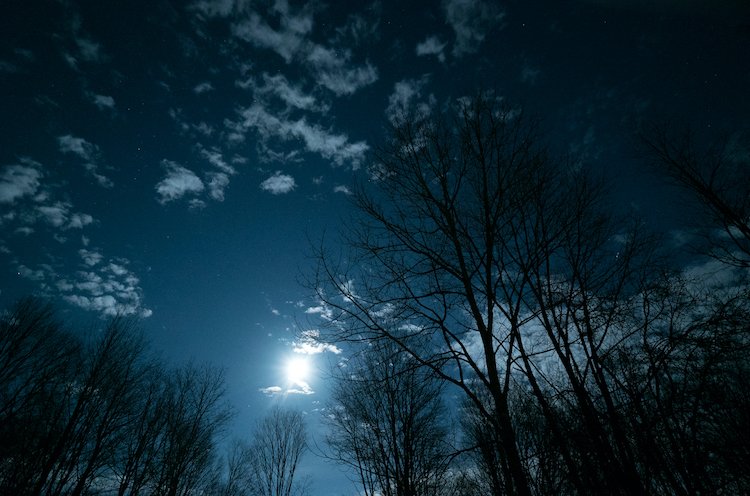 “How Deep is the Ocean — A Love Song to the Earth” is a musical/visual experience, an exploration of the human heart’s connection to the earth and the cosmos. An improvised version of Irving Berlin’s “How Deep is the Ocean,” combined with images of stars, sky, ocean and clouds, transforms a classic love song into a meditative prayer for the planet.

Irving Berlin’s song transformed into a meditative prayer for musician Kazzrie Jaxen in 1997, as she sang it on her daily walks by the Delaware River in Callicoon, NY.  One day she turned on the tape recorder, sat down at the piano, and improvised the song from the feeling of those walks.  A year later that recording was released on a CD entitled “For the Beauty of the Earth.” Cinematographer Eddie Marritz and his wife Hana heard the song on the radio and called the station to find out how to buy the CD. This was how they all met and became friends. Twenty years later, Eddie began filming images of the night sky in Equinunk, PA. An idea to combine images with the song was born. Two years later Kazzrie saw a series of director MSeven Laracuente’s short musical/poetic videos, and a three-way collaboration arose to bring the beauty of water and sky, earth and cosmos, to film.

Director MSeven Laracuente is an LCSW that obtained her PhD at NYU.  She is a Latinx social justice advocate and mental health professional that uses the visual arts to explore the full range of human emotion.  MSeven grew up in Boston, MA where her passion for fusing music and imagery began. You can find her sound and film experimentations on her YouTube channel: iMSeven.  She is also a writer and performance artist that believes in the power of actualizing and optimizing human potential through creative expression.

Kazzrie Jaxen is a jazz pianist/singer, bio-improviser, sound healer, Qigong and meditation instructor, and lover of all things creative.  Her film credits include “Beautiful Hills of Brooklyn,”  “Dear Director,” and “Odd Duck.”

An accomplished documentary director /cinematographer with decades of experience, Eddie Marritz is a visual storyteller and seasoned listener. He filmed “Spielberg” for HBO. Among his other credits are “All Things Are Photographable” for PBS/American Masters: a documentary about legendary photographer Garry Winogrand . Among his other credits are multiple festival winner “Capturing Grace” and “What You Mean We?” with celebrated performance artist Laurie Anderson.

Playing as part of the Fine Art on Film program.